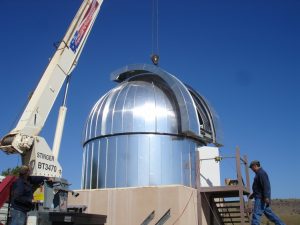 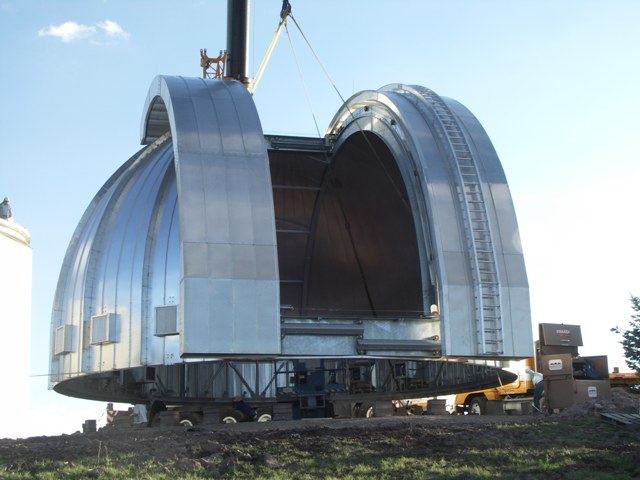 On October 26, 2006 New Mexico Tech held its ribbon cutting ceremony for this new 40.375 foot Observa-DOME which houses a 2.4 meter telescope. This facility sits atop the 10,600 foot high ridgeline in the Magdalena Mountains west of Socorro.

Installed in June, 2006 this 5 Meter Observa-DOME houses a 16″ Meade LX200R atop a paramount ME mount powered by the SKY Professional software. 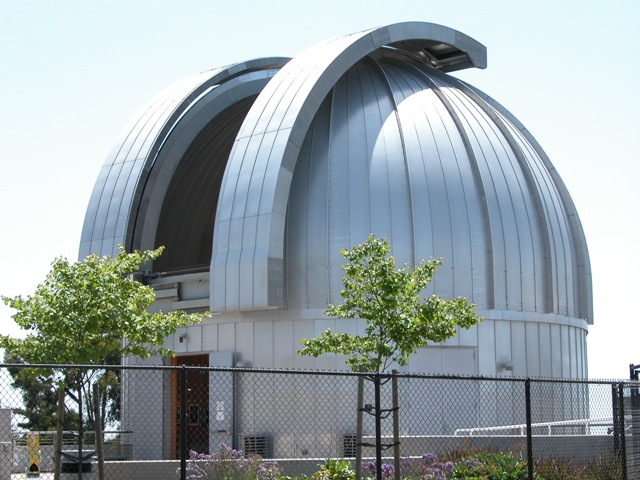 Observa-DOME is proud of both an 8 Meter and 45.375 foot diameter observatory systems. They house Chabot’s historic 8″ and 20″ refracting telescopes. Grand opening for the new 86,000 square foot facility occurred on August 19,2000. Observa-DOME is very proud to have been chosen as the Observatory Dome supplier for this new and innovative facility.

Rocketdyne Technical Services contracted with Observa-DOME Laboratories, Inc. to construct a 30.375 foot Observa-DOME for use at the Air Force Research Laboratory Starfire Optical Range located on the southern edge of Kirtland Air Force Base, New Mexico. The dome houses a 1.5 meter Contraves telescope. Installation of this dome was completed in June 1999.

In addition to the 1.5 meter telescope, the Starfire Optical Range also houses a 3.5 meter telescope (one of the largest telescopes in the world equipped with adaptive optics designed for satellite tracking) and a 1.0 meter beam director.

In May of 1999, Observa-Dome Laboratories, Inc. installed a 30.375′ observatory dome for the Matera Laser Ranging Observatory. This state-of-the-art satellite laser ranging station was installed at the Centro di Geodesia Spaziale of Matera, approximately 20 km north of the Ionian Sea.

The dome design was modified, adding 72″ to the existing cylindrical section of the rotating dome, allowing for lower viewing.

Another Century, Another Clark

On September 6, 1996 Northwestern University of Evanston, Illinois commissioned Observa-DOME Laboratories, Inc. of Jackson, Mississippi to design, manufacture and install a new observatory dome to house the Dearborn Observatory’s 18 1/2″ Alvan Clark telescope. Their new Observa-DOME, 38 ft. in diameter, was installed on the Northwestern University campus in August of 1997.

Telescope enclosure and observatory domes by Observa Dome Laboratories are used all over the world by universities, research centers, military bases and more.  Each dome is different, presenting specific requirements to accommodate the equipment inside and the surrounding environment, and we carefully engineer each structure to provide flawless operation to each location.

From the 40 foot dome housing a 2.4 meter telescope in the heart of the Magdalena Mountains in New Mexico to the dome atop the 86,000 square foot Cabot Space and Science Center in Oakland, CA, each structure is as unique as the equipment and locations they stand  on.  Observa Dome is proud to be a part of each project and works closely with researchers and engineers to find the perfect fit.

From the U.S. coast in California to the coast of the Ionian Sea in Italy, from the Chilean mountains to the Saudi Arabian desert, our domes are found around the world and continue to provide the best protection and highest level of functionality.  Contact us today for more information on dome construction for your school or research facility.