The Red Planet has long fascinated people here on Earth, and it has featured prominently in countless stories and movies. Thanks to ongoing exploration and research, we now know more than ever about Mars. With that in mind, let’s take a look at some of the latest things happening with the Red Planet. 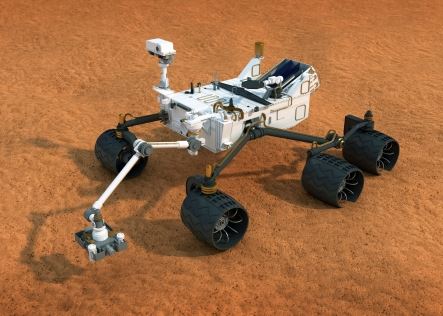 NASA’s Curiosity rover has now been on Mars for nearly five years. The robot has been hard at work exploring the Red Planet and collecting information since August 2012, but now, after having covered 10 miles in its Martian mission, the Curiosity rover is showing signs of wear and tear. Two tire treads, known as grousers, as Popular Science reports, are beginning to break. The remaining five tires appear to still be in good condition, and NASA expects that even if the tires degrade soon, Curiosity will still be able to explore on its remaining wheels for some time still.

NASA has been hoping to send astronauts to Mars by the 2030s. Realizing that goal became more likely last week as President Donald Trump added his signature to a bill that authorizes $19.5 billion in funding for the space agency. This bill is NASA’s first authorization bill in seven years, reports The Washington Post, and aims to provide budgeting for the space agency’s long-term plans and preparations for this incredibly space exploration journey.

You have probably heard of folding bicycles, but NASA is now considering sending folding robot scouts to Mars in its next mission. These robots, which are only as large as a human hand, will be able to explore places not accessible by larger robots, like crevices and craters. The folding robots are known as PUFFERs – an acronym for Pop-Up Flat Folding Explorer Robot – and are expected to launch on a mission departing Earth in 2020, according to Computerworld.

Earth is not the only planet with volcanoes, and there are signs of some real whoppers on Mars’ surface. Arsia Mons, for example, is a dormant volcano on Mars that is part of a group of volcanoes known as Tharsis Montes. While the existence of Arsia Mons has been known for some time, its history has been uncertain. Now, through the use of a computer model, scientists believe that Arsia Mons became dormant around the time that dinosaurs became extinct on Earth – or about 50 million years ago, according to Space.com.

The two moons that orbit Mars, Phobos and Deimos, may be part of a cycle that dates back four billion years. The moons may be attributed to an ancient cycle of building and destruction of ring systems around planets, suggests research reported by Ars Technica. The moons look like asteroids on the surface, but do not behave as asteroids, instead orbiting on an equatorial plane, and a closer analysis by scientists suggest that they may have formed as ring dust settled, creating the twin moons of the Red Planet today.

EarthSky provides detailed viewing information for Mars and other planets throughout 2017. Mars is still visible in the western sky in the evenings for the next few months, although it’s at one of its dimmest points currently due to the orbital positions of Earth and Mars. So get out your telescope and take a good look at the Red Planet and all the interesting celestial sights with the help of Observa Dome Laboratories.

Observa Dome has been building observatory and tracking shelters  that meet the needs of professionals and hobbyists alike for more than three decades. Learn more about getting a dome for your home, school or club or request a custom quote today by calling 601-982-3333.

← TRAPPIST and New Planets: How Do We Know About Exoplanets?
Telescopes of Tomorrow: Looking at Our Latest Looking Glasses →