Imagine flying into the outer layer of the sun. So far, the closest a spacecraft has come to the sun was in 1976 when NASA’s Helios 2 made it to within 27 million miles of the surface. Now NASA plans to improve on the observations made with Helios 2 and distant satellite observations by sending the Parker Solar Probe to the sun. 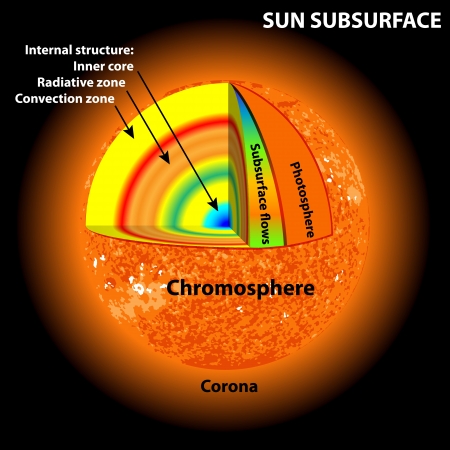 NASA plans to launch the Parker Solar Probe during summer 2018. The spacecraft will spend several months making the journey to the sun before finally arriving in the fall. As the craft nears the sun, it will navigate through a series of maneuvers designed to slow its speed to less than 0.5 million miles per hour as it approaches the outer layer of the sun, known as the corona. The Parker Solar Probe will then enter the corona – which starts about four million miles from the surface of the sun – and utilize a variety of on-board instruments to collect data to send back to scientists at NASA.

As you might imagine, approaching the sun means that the probe will need to ensure extreme temperatures, which is in fact part of the probe’s mission. As CBS News reports, the photosphere – the surface of the sun itself – reaches temperatures of 6,000 degrees F, but areas of the corona can reach temperatures in the millions of degrees. The craft and its instruments will be protected from temperatures as high as 2,500 degrees F by a special 4.5-inch thick heat shield which scientists hope will allow to probe to gather better data on why this heat discrepancy exists.

There are several other questions that scientists hope to answer with this space mission, including how the sun produces supersonic-speed winds that affect satellites and spacecrafts. The craft will carry instruments to measure electronic particles and telescopes to provide close-up images of the sun.

The Parker Solar Probe is also unique as it is the first spacecraft to be named after a retired physicist during their lifetime, notes NPR. The probe is named for Eugene Parker, who is credited with first predicting solar winds nearly 60 years ago, and is poised to celebrate his 90th birthday this year.

While this probe will take a close-up look at our nearest star, Observa Dome Laboratories is the leading manufacturer of telescope shelters and observatory domes to help you look at the ones more far away. Our custom-built domes are in use around the world from residential observatories to commercial and educational facilities. Contact us today by calling 601-982-3333 to learn more about our custom-designed observation domes and telescope shelters.

← Telescopes of Tomorrow: Looking at Our Latest Looking Glasses
Total Eclipse 2017: What to Know and Where to Go →