“Star Wars” returns to theaters on Dec. 18 and shortly afterward a number of events will be happening in outer space not involving the Force or any members of the Skywalker family.

Astronomers, both professional and amateur, are anxiously waiting on a number of key events in early 2016 as the celestial events calendar goes into full swing. Make sure to check out these events, courtesy of SeaSky.org. 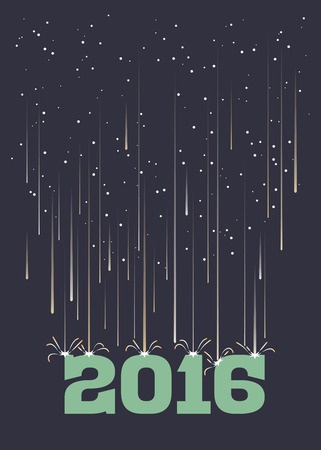 Opening up 2016, the Quadrantid Meteor Showers will fill the sky with up to 40 meteors per hour at its peak, which is scheduled to fall on Jan. 3 and Jan. 4. Described as an above average meteor shower, the Quadrantids is believed to be produced from the dust grains left behind from an extinct comet. The second quarter moon will block some of the brightest meteors, but it is still expected to be a great show.

The first full moon will be seen Jan. 24. This is one of the best full moons of the year as the position of the moon and the sun relative to Earth will fully illuminate the face of the moon. Native American tribes referred to this full moon as the “Full Wolf Moon” because wolf packs would howl towards its bright face.

Speaking of planetary bodies, early February provides a great chance to see Mercury, the planet closest to the sun. On Feb. 7, Mercury will be at its highest point in the horizon in the morning sky, allowing for astronomers to easily view the planet in the eastern part of the sky.

These are just a few of the events that open the 2016 calendar. Check back as the year goes on for even more insights and knowledge of the skies above. For more information on our capabilities and observatory and telescope shelter construction abilities, give us a call today at 601-982-3333.