The galaxy is an amazing place. There are so many stars, planets and satellites in the sky that you could spend a million lifetimes exploring the vastness of the Milky Way alone and still only witness a small fraction of its incredible vastness. Fortunately, one of the best shows in the universe – meteor showers – will be lighting up night skies from April 20 to May 21 as Halley’s Comet presents part of its tail for the world to see.

This meteor shower, known as the Eta Aquarids, is caused by the remnants and debris from the last pass of Halley’s Comet through the path of the Earth, notes Science Alert. Halley’s Comet has an incredibly long orbit, and it takes approximately 75 years to orbit the sun. The comet itself is about a third of the way through its usual passage through the inner solar system, and is expected to appear again in Earth’s sky in mid-2061 – but for now, we get to enjoy the comet’s leftovers.

The whole shower lasts for about a month, but the best days to view it will be during the earliest, darkest hours of May 5-7. 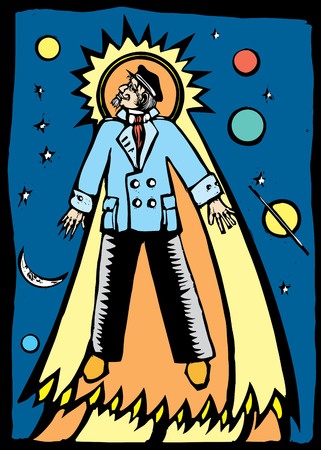 Halley’s Comet is one of the most commonly known moving objects in the solar system, and has been noted by astronomers for millennia. Perhaps equally famous – American author Mark Train, aka Samuel Clemens – notably lived his life in the cycle of the comment, and predicted his own life around the comet’s cycle. He wrote foretellingly in a 1909 letter:

“I came in with Halley’s Comet in 1835. It is coming again next year, and I expect to go out with it. It will be the greatest disappointment of my life if I don’t go out with Halley’s Comet. The Almighty has said, no doubt: ‘Now here are these two unaccountable freaks; they came in together, they must go out together.’”

While the best place to see the Eta Aquarids in all of their glory is in the Southern Hemisphere, an observer should be able to see a few meteors wherever anywhere in the world. The best part is that you won’t even need a telescope to see this amazing sight; all you have to do is travel away from the blaring lights of the city to get the best bang for your buck.

Seeing this amazing meteor shower is truly a sight to behold. It’s a true reminder of how big the universe can be, and it is a sight that cannot be missed. At Observa-Dome, we love helping stargazers get the best views possible – not only of meteor showers, but the planets and stars in the night sky. We currently have several of our domes for sale, as well as a remarkable antique telescope that was built during Twain’s heyday. To learn more, give us a call at 601-982-3333 or email us at mail@observa-dome.com today.