There has been plenty of excitement about the solar eclipse that will be visible across the U.S. on Aug. 21, 2017. There are good reasons for this excitement, too. This year’s eclipse marks the first time in nearly a century that an eclipse has been visible entirely in the United States, and this year’s celestial spectacle has the added bonus of being viewable from many major metro areas across the country. Here’s what to know and where to go to view the 2017 total eclipse. 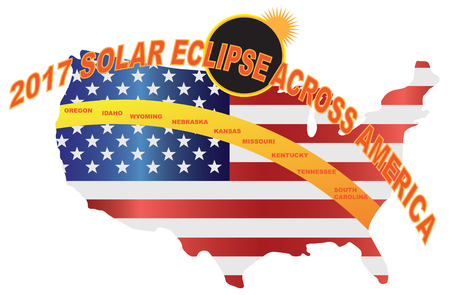 Viewers who are in a narrow band across the country will be able to view the solar eclipse in full, while those in the rest of the country will see only a partial eclipse. A total eclipse will be visible along the path of totality which will span from Salem, Oregon all the way to Charleston, South Carolina in a band about 70 miles wide. Those outside of the path of totality will see a partial eclipse.

How to Observe the Eclipse

Viewing a solar eclipse requires taking safety precautions as looking directly at the sun – even when blocked by the moon – can cause permanent eye damage. The only time it will be safe to view the eclipse without special safety equipment is during totality, and any time that a part of the sun’s disk is visible, it’s imperative that you use eye protection to view the eclipse.

There are two types of equipment that allow safe viewing of the sun during the partial eclipse: solar filters, like eclipse glasses, or handheld solar viewers. When selecting eye equipment, check to make sure that your glasses or viewers are certified to meet ISO 12312-2 standard, says NASA, as this filter will protect your eyes and vision during the eclipse.

While it is possible to view the eclipse without glasses or a viewer during totality, it is important that you immediately return to using a viewer or glasses as soon as the sun begins to reappear. Keep in mind that any locations outside of the 70-mile-wide band will not experience totality at all, and should view the eclipse with safety equipment for the duration of the event.

While an eclipse gives us a unique perspective on our closest stars, telescopes give us a better look at those far from us. At Observa Dome Laboratories, we are the leading manufacturer of telescope shelters and observatory domes to help people, schools and other organizations design and build observatory domes to meet their needs. Learn how we can create an observatory dome for you by calling us today at 601-982-3333.

← Summer Heat: NASA’s Mission to ‘Touch’ the Sun
See the International Space Station from the Comfort of Earth →